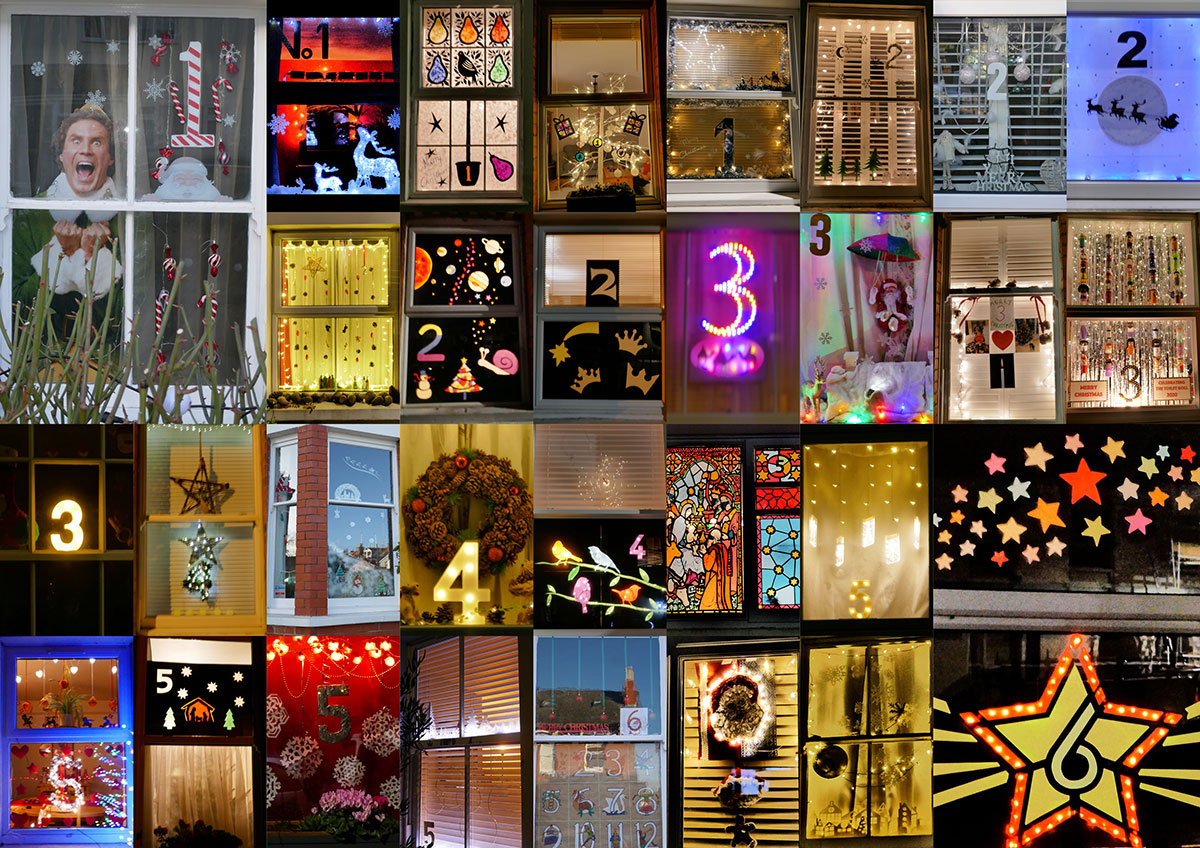 Thank you to everyone who hosted one of the 115 Advent Windows that were opened over the Christmas period. Each one was special in its own way, demonstrating a wealth of creative talent.

There were some very inventive windows, from computer game characters (apparently) to large ecclesiastical stained glass windows, and from toilet roll humour (which proved very popular) to an animated scene that ‘snowed’ (honestly). 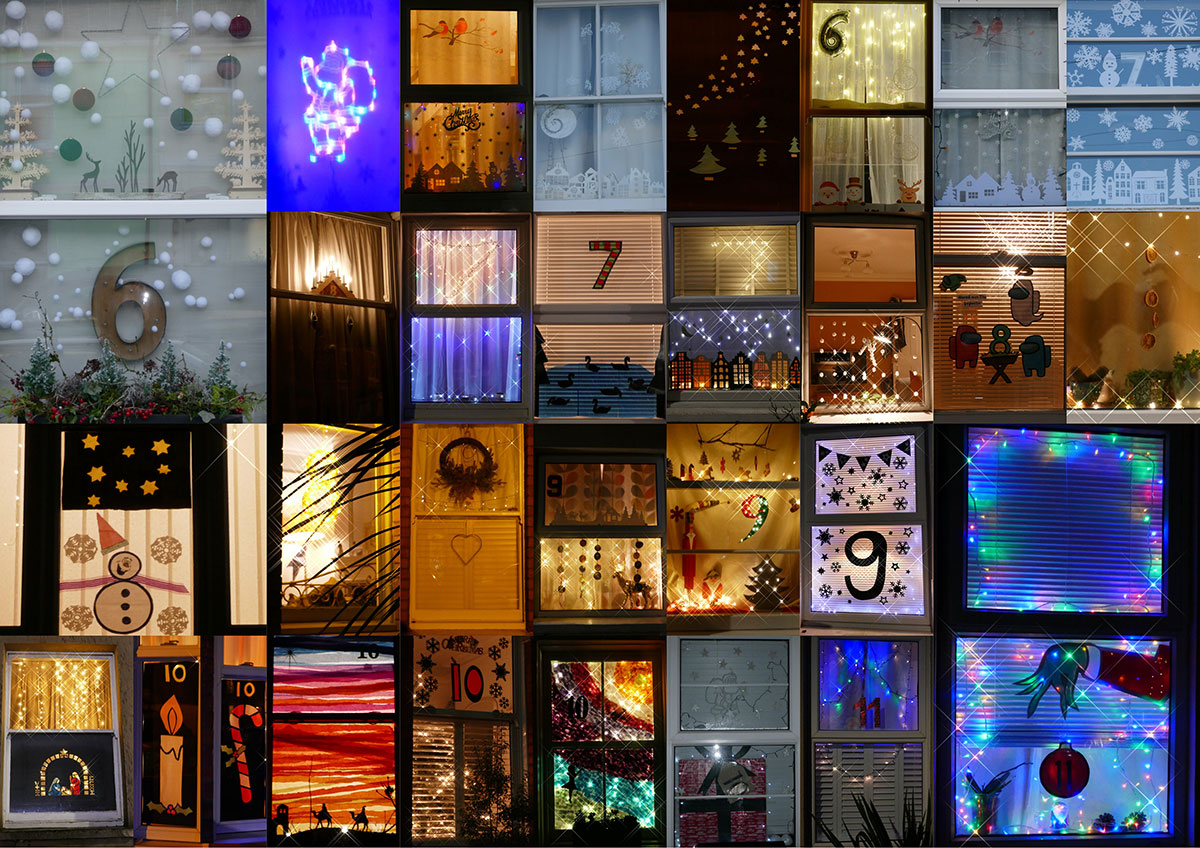 The ‘Advent Trail’ seemed to be very popular, with lots of children (and adults) venturing out each evening to see the new openings – and for those of you who weren’t able to see them you can see them pictured here. The Advent Donation Box on the Triangle realised £219.82. 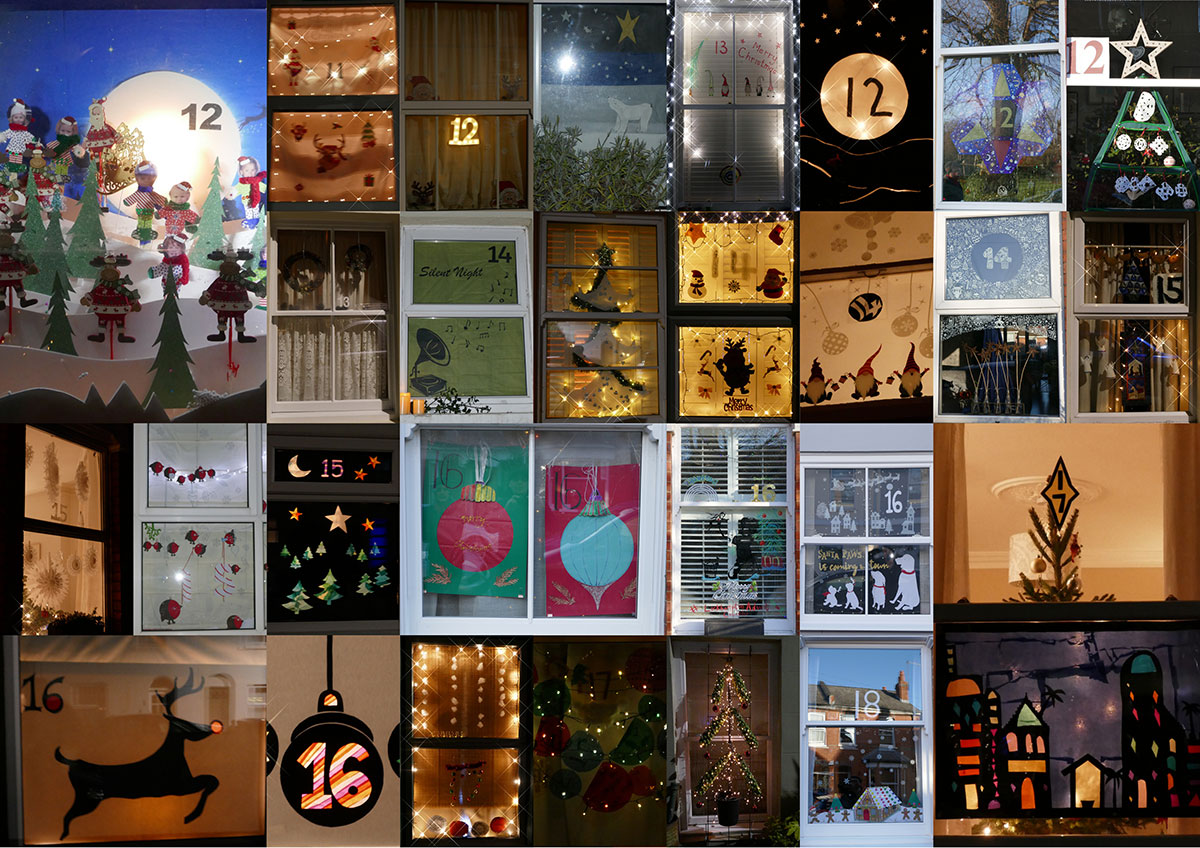 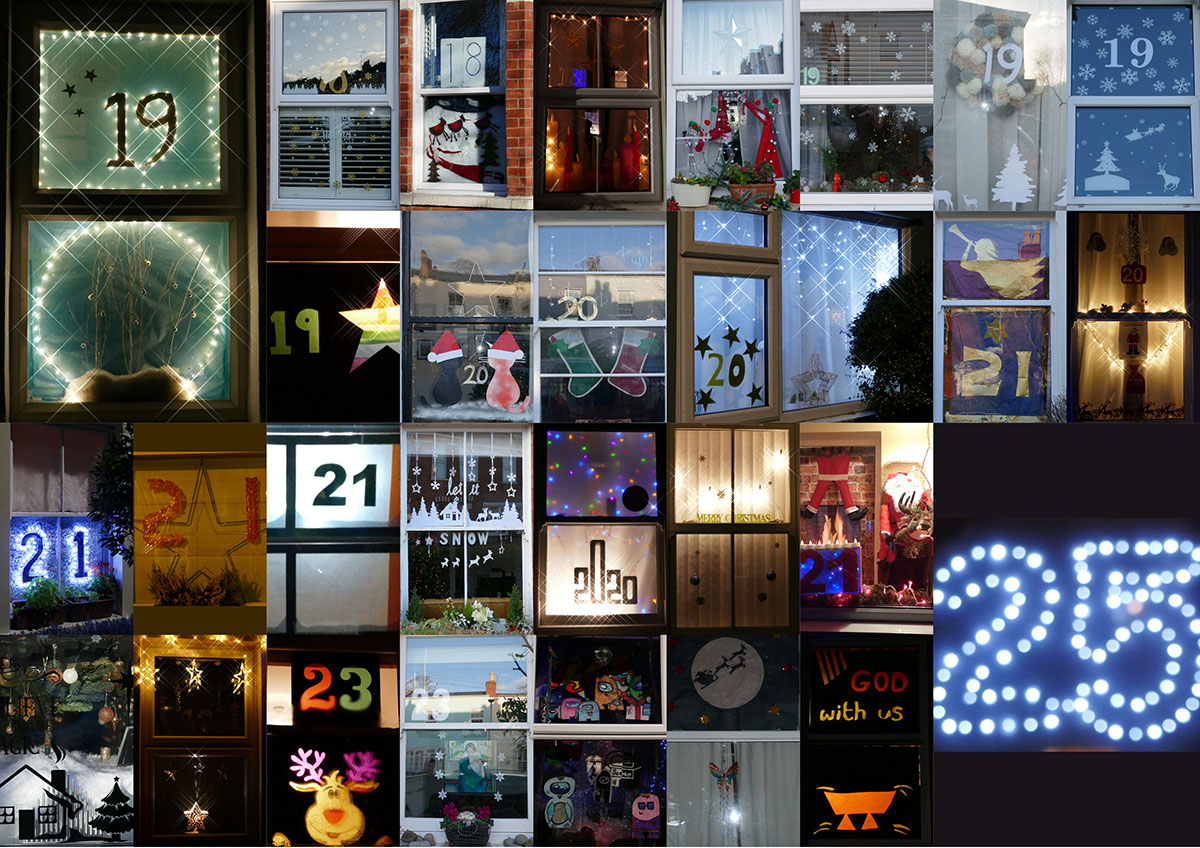 Father Christmas was so disappointed that the Carol Concert on the Triangle had to be cancelled, he decided to tour the locality with his own pre-recorded carols, talking to children and collecting £650.55 along the way.

It was a joy to see the expressions on the children’s faces, some were overawed whilst others couldn’t stop talking. Thank you to Simon Howe for filling his boots. Thanks also to his attendant elves, Rob Coltman, Graeme & Lucy Adams and Derek & Karen Scarborough for wielding the illuminated socially distancing collecting poles.

This money was donated to the Salvation Army who made up and distributed over 400 food parcels for individuals and families plus a further 550 toy/gift parcels to children in Cheltenham.