The proposed ‘regeneration’ of 252 Bath Road (the old Robert Young site) is currently stalled. The Council Planning Team have made their thoughts known to the developers and are awaiting a response. It is believed the Council have requested changes to be made to the design. It is currently not planned to come before the Planning Committee this month.

If you wish to view the full proposal click here.

May 2016: SF Planning delivered letters  to the residents of Langdon Road advising there were plans in the pipeline to develop 252 Bath Road (the old Robert Young Florist Site) and inviting them to a public consultation the Norwood Arms on June 6th 2016.

September 2016: 136 public comments are received by Cheltenham Borough Council, two of which were neutral, the first requesting the application is put before the Planning Committee the other is from number 2 Langdon Road, the other 134 object to the proposed development. Subsequently number 2 Langdon Road changed to an objection.

October 2016: The Planning Application is anticipated to be put before the CBC Planning Committee.

November 2016: We understand that CBC Planning has expressed concerns and cannot support the application unless the design is changed. We understand the concerns are to do with the windows, height, size and quality of the design. If they address these issues it is likely to be treated as a resubmission and the whole process restarted including public comment.

March 2017: CBC is awaiting a response from the developer. The application is not on the agenda to be addressed at the next Planning Meeting scheduled for Thursday 23 March. 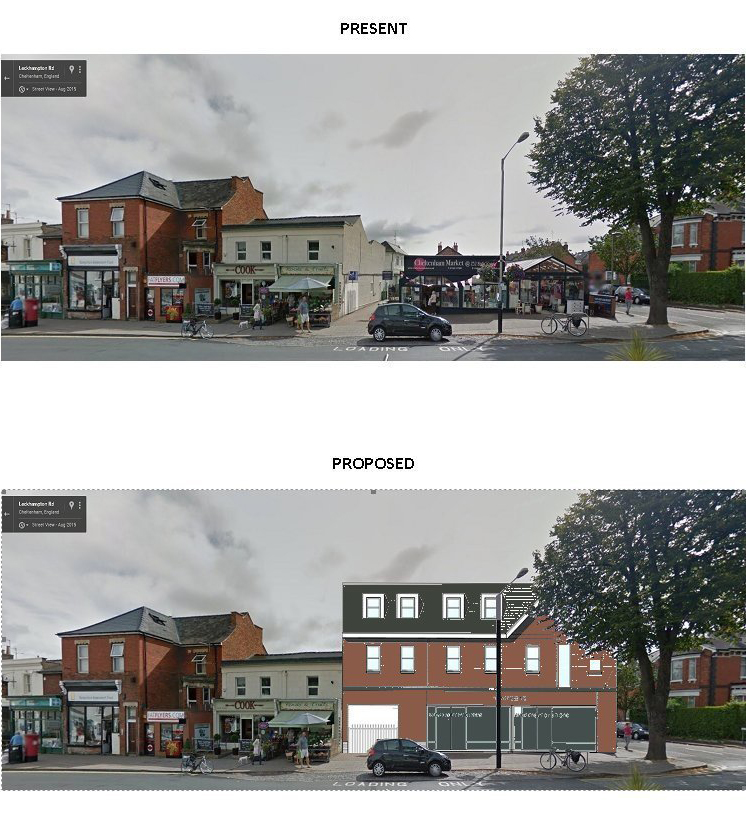